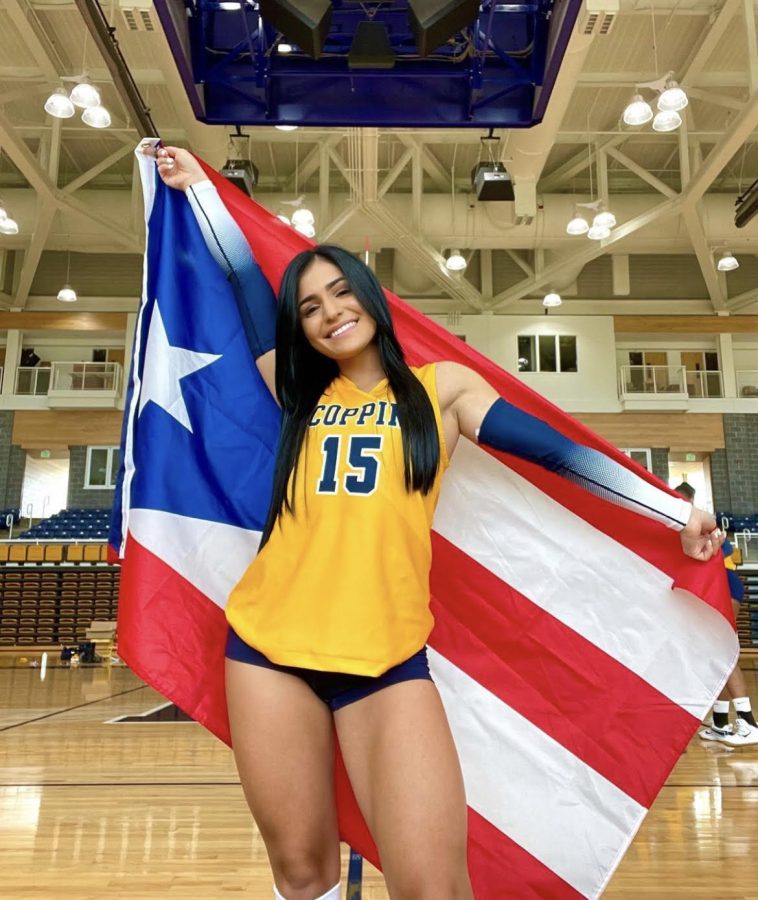 Roman hails from Puerto Rico and is a libero on the university's volleyball team.

Ashley Roman has established quite a life for herself more than 1,500 miles from home. She’s a pre-med major and libero on the Coppin State University volleyball team, which is ranked number three in the Mid-Eastern Athletic Conference as of November 2021.

The Coppin State Volleyball Team is ranked number three in their conference as of November 2021.

“It is very hard at times being alone in Maryland,” Roman said, “but my family is my strength that keeps me going, and I am lucky to have Eddie, my boyfriend, here with me.”

Academics were important to Roman as she considered Coppin State University, and she’d heard others extol the part of campus she wanted to frequent.

“I was told how great their science department was, so I knew I was in the right place to learn and gain all the tools that will make me successful in my future career,” Roman said.

Roman was key to her team’s success last season as they won the 2021-21 Mid-Eastern Northern Division championship. The CSU volleyball team was one game away from entering the National Collegiate Athletic Association championship.

Her future goals include entering the dentistry field, but she would consider the opportunity to play volleyball professionally as well.

Roman is involved in several organizations on campus, such as Alpha Lambda Delta and the National Society of Leadership and Success.

Being an athlete during COVID-19 has been a challenge for Roman and her teammates. “It has been very complicated with all the regulations, and it takes a huge holdback on all of us,” she said.

Traveling to other universities to play during COVID-19 is one of the biggest differences.  “It is very different arriving at the games and not being able to greet the other players before the game,” Roman said.

This season has been especially taxing for Roman, whose status as a star player means she is held partly responsible for how the team performs. It’s a burden she accepts.

“I get pushed everyday to become the best-version-of-myself from my team, and it helps me know that I am capable of so much,” she said.

Amid the pandemic and all of the other facets of life as a student-athlete, Roman’s advice to her peers is simple.

“Us, student-athletes, have a lot on our plate, but we should never give up; we must think positively and always have God first in our life,” she said.

Keylin Perez is a Junior nursing major and editor of the Courier. This story is part of a series called Athlete of The Week. The Courier will publish the next installment of this series on Nov. 19.